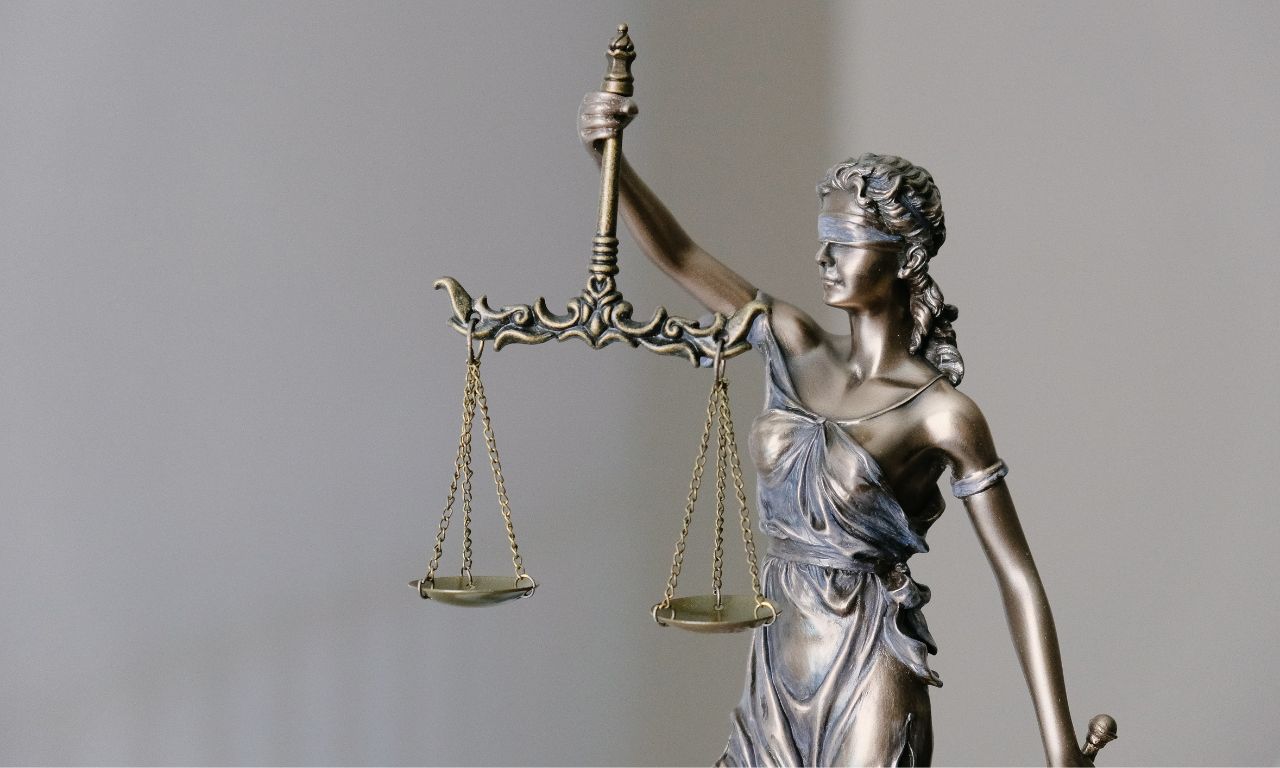 Clan and religious associations played a central role during Singapore’s early days. Back then, migrants would leave their ancestral homelands to arrive in Singapore in search of better economic opportunities. These civic associations were instrumental in helping the newly arrived migrants to settle down in Singapore. Often, the associations were the only places they could turn to for help. It became vital to join clan associations for kinship and one’s survival. However, as Singapore society becomes increasingly affluent, the appeal of these civic organisations among the younger generations dwindled.

Yet, these civic associations can still play a significant role in the communities as they did before, albeit with renewed missions. With this in mind, R. S. Solomon LLC (a Singapore law practice) in collaboration with the Law Society Pro Bono Services (LSPBS), SUSS Law School and certain clan and religious associations are spearheading an initiative to provide last mile community-based legal assistance to the most vulnerable in the community through the establishment of Community Legal Services Centres in all 5 Community Development Council (CDCs) districts.

These Centres will be housed in the clan and/or religious associations in the heartlands. They will handle community-related matters and be helmed by community-minded lawyers. The partnering clan associations and/or temples will host the Centres on their premises and provide half the operating costs. The remaining funds will come from the Government.

To help raise funds and awareness for the initiative, Richard Siaw, the Managing Director of R. S. Solomon LLC has written a Chinese book titled “萧遥法外” (the title is a pun using his surname and Chinese idiom 逍遥法外, which means getting away scot-free). The book is a collection of short stories explaining the legal concept behind actual Singapore legal cases spanning criminal, family, civil and corporate law. The book was written in a lighthearted way using folklore and anecdotes to educate laypersons, specifically the Chinese-speaking population, who may otherwise find it difficult to understand the legal concepts or issues.

Richard hopes that the book will promote better law awareness and help the public at large to avoid getting themselves embroiled in legal troubles to stay “法外逍遥”(free of legal woes). He will be launching the book on 20th August 2022, at 2.30 p.m. at Tzu Chi Humanistic Youth Centre, 30A Yishun Central 1, Singapore 768796. Mr. Edwin Tong, Minister for Culture, Community and Youth and Second Minister for Law who wrote the Preface for the book will be the Guest-of-Honour.

All proceeds from the sale will be channelled to fund the Community Legal Services Centres project. 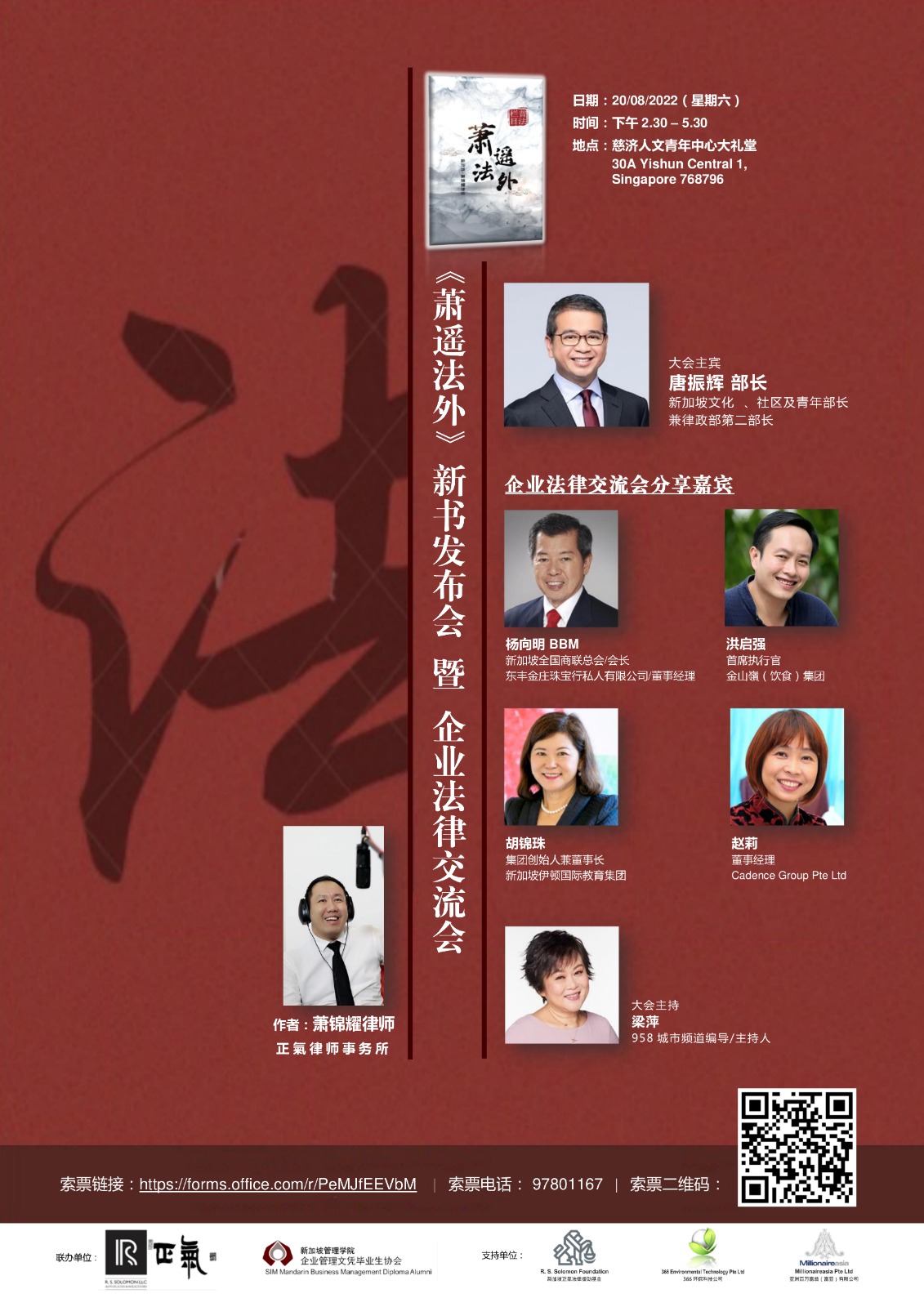 We use cookies on our website to give you the most relevant experience by remembering your preferences and repeat visits. By clicking “Accept”, you consent to the use of ALL the cookies.
Do not sell my personal information.
Cookie SettingsAccept
Manage consent

This website uses cookies to improve your experience while you navigate through the website. Out of these, the cookies that are categorized as necessary are stored on your browser as they are essential for the working of basic functionalities of the website. We also use third-party cookies that help us analyze and understand how you use this website. These cookies will be stored in your browser only with your consent. You also have the option to opt-out of these cookies. But opting out of some of these cookies may affect your browsing experience.
Necessary Always Enabled
Necessary cookies are absolutely essential for the website to function properly. These cookies ensure basic functionalities and security features of the website, anonymously.
Functional
Functional cookies help to perform certain functionalities like sharing the content of the website on social media platforms, collect feedbacks, and other third-party features.
Performance
Performance cookies are used to understand and analyze the key performance indexes of the website which helps in delivering a better user experience for the visitors.
Analytics
Analytical cookies are used to understand how visitors interact with the website. These cookies help provide information on metrics the number of visitors, bounce rate, traffic source, etc.
Advertisement
Advertisement cookies are used to provide visitors with relevant ads and marketing campaigns. These cookies track visitors across websites and collect information to provide customized ads.
Others
Other uncategorized cookies are those that are being analyzed and have not been classified into a category as yet.
SAVE & ACCEPT

Please confirm you want to block this member.

You will no longer be able to:

Please note: This action will also remove this member from your connections and send a report to the site admin. Please allow a few minutes for this process to complete.